Acupuncture is an ancient technique in which a skilled practitioner inserts hair-thin needles into specific points on the body to prevent or treat illness. Practiced for over 2,500 years in China, where it originated, acupuncture is part of the holistic system of traditional Chinese medicine (TCM), which views health as a constantly changing flow of energy, or qi (pronounced "chee"). In TCM, imbalances in this natural flow of energy are thought to result in disease. Acupuncture aims to restore health by improving the flow of qi. 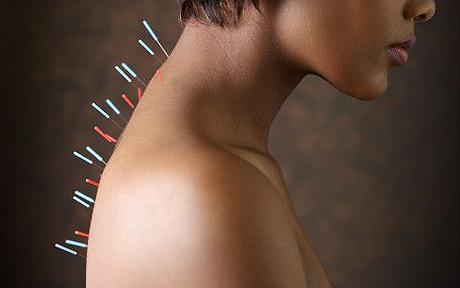 While acupuncture was mentioned in Western medical texts more than a hundred years ago (Sir William Osler's Principles and Practice of Medicine, published in 1892, recommended it for sciatica and lumbago), it wasn't until 1971 that U.S. citizens really became aware of the technique. It was then that New York Times reporter James Reston, stricken with appendicitis while in Beijing, was treated successfully with acupuncture for post-surgical pain. In a front page Times story, Reston wrote, "I've seen the past, and it works!"

This exposure came at a time when many Americans were looking for a more holistic, naturalistic approach to health care, and it caused quite a stir among the Western medical community. Since then acupuncture has become a widely accepted form of treatment in the U.S., practiced by M.D.s and D.O.s (doctors of osteopathy) who have received special training in its methods, as well as by practitioners who specialize only in the technique.

How Does Acupuncture Work?

According to the principles of TCM, qi flows through the body via 14 primary meridians or channels. To strengthen the flow of qi, or remove blockages in the meridians, an acupuncturist inserts a number of tiny, sterile, flexible needles just under the skin at certain specific points (called acupoints) along the channels. There are thousands of acupoints along the meridians, which are associated with specific internal organs or organ systems. If you are suffering from nausea, for example, needles might be inserted into acupoints on your wrist, while a vision problem might be treated with needles in the foot. (Ear, scalp, and hand points are also commonly used by some practitioners.) TCM proponents believe that acupuncture stimulates the body's internal regulatory system and nurtures a natural healing response.

Although Western science has neither proven nor accepted the notion of qi, a large body of evidence is accumulating indicating that acupuncture leads to real physiologic changes in the body. Numerous studies have shown, for example, that inserting needles into the skin stimulates nerves in the underlying muscles. This stimulation, researchers feel, sends impulses up the spinal cord to a relatively primitive part of the brain known as the limbic system, as well as to the midbrain and the pituitary gland. Somehow that signaling leads to the release of endorphins and monoamines, chemicals that block pain signals in the spinal chord and brain.

In one study, researchers using brain scans discovered that acupuncture can alter blood circulation within the brain, increasing the blood flow to the thalamus, the area of the brain that relays pain and other sensory messages.

Hundreds of studies are now ongoing in the U.S. and elsewhere seeking to prove the usefulness of acupuncture for various ailments.

While scores of illnesses have traditionally been treated by acupuncture in Asia, its primary use in the United States has been to relieve chronic pain–caused by such ailments as arthritis, headache, PMS, and back pain–and to assist withdrawal from addictions such as drug and alcohol dependency. Today more innovative applications for acupuncture are being explored by both conventional and alternative practitioners, including its use as an analgesic to reduce pain during surgery.

In 1997, an advisory panel for the National Institutes of Health (NIH) evaluated hundreds of acupuncture studies and concluded that the therapy is an effective treatment for postoperative pain after dental surgery and for nausea induced by chemotherapy, pregnancy ("morning sickness"), and anesthesia. The NIH panel also called acupuncture a useful adjunct and acceptable treatment for a variety of conditions, including fibromyalgia, stroke rehabilitation, headache, and carpal tunnel syndrome.

How To Choose a Practitioner

There are an estimated 13,000 licensed and certified acupuncturists in the U.S. Most states allow physicians to perform this procedure, even with only limited training of 100 to 200 hours.

While 35 states and the District of Columbia require nonphysician acupuncturists to be licensed, standards vary widely and in some states even people without much training can bill themselves as acupuncturists. It is therefore important to get a referral from your doctor or from a reputable acupuncture organization, such as The National Certification Commission for Acupuncture and Oriental Medicine (NCCAOM) in Alexandria, Virginia, or the American Academy of Medical Acupuncture in Los Angeles, California.

What Can I Expect From Acupuncture?

On your first visit to an acupuncturist, the practitioner will take a thorough medical history, then may three pulses on each wrist, examine your tongue, take note of how your breath and body smell, and "palpate" (or feel) certain areas of your body. Depending on your ailment, you may also have your first acupuncture treatment at this time. In general, visits occur once or twice a week over several months until therapeutic results are achieved.

While the needles can feel uncomfortable at times, they rarely hurt. They are very thin (only about three times the thickness of a human hair and much finer than the hypodermic needles used to give injections) and are designed to enter the skin with little resistance. Once the needles are inserted (generally from one to 15 are used), the acupuncturist may twist them manually or send a weak electrical current through them to increase the energy flow. The needles may be left in for 15 to 40 minutes, depending on the ailment. Some practitioners also use moxibustion, which involves burning herbs (primarily the dried herb mugwort), near acupoints, to hasten healing.

Different people experience different sensations from acupuncture. Some describe a tingling pins-and-needles feeling, others may feel numbness or nothing at all. Most find the sessions relaxing, and many fall asleep during or immediately after treatment.

Some patients notice rapid improvement after just a few sessions. In those whose conditions have taken years to develop, treatment may take longer.